At the beginning of 2019 records show that 4,091 companies with headquarters in the province of Livorno were defined as blue[1] and employed 18,322 people, a potential that generated added value (AV) of almost one billion EUR in 2018. 12.5% of the companies operating within the province belong to this blue sector. The impact on the local economic fabric is highly significant, especially considering that the average in Tuscany and Italy stands at 3.3% and that the province of Livorno has the third highest percentage in Italy of blue companies in the local business fabric. If 7% of domestic blue enterprises are located in Tuscany, it is largely thanks to Livorno, where 29.7% of regional Blue Economy companies are based. Moreover, evaluating the phenomenon in absolute terms, Livorno, of all the provinces in the Region of Tuscany, has the highest number of companies linked to the Economy of the Sea[2]. 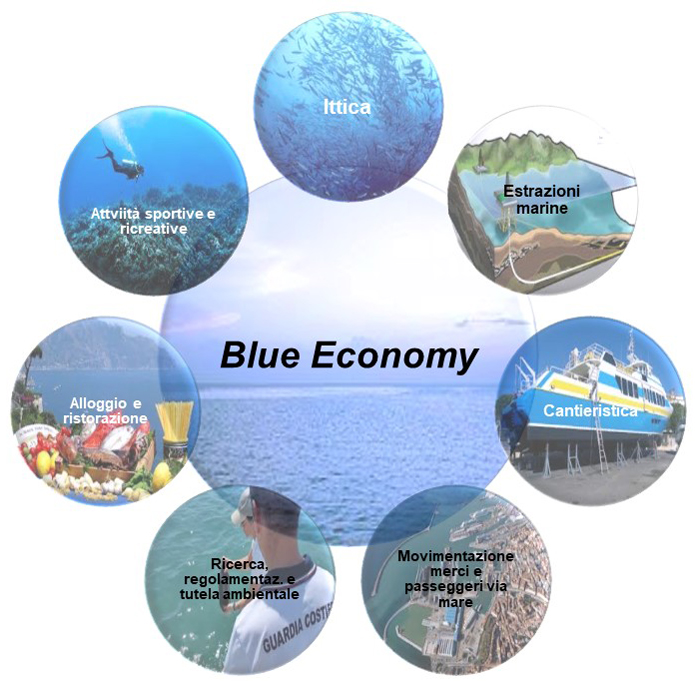 The Economy of the Sea supply chains.

Most of the Livorno blue companies tend to be concentrated in three main supply chains (in order): Accommodation and catering services, Sports and recreational activities and Handling of goods and passengers by sea. However, there is a significant percentage of companies in the Shipbuilding and Fishing industries. Only a small niche of Blue enterprises are involved in Marine extraction industries or in Environmental research, regulation and protection activities. However, it is worth noting the growing interest of local entrepreneurs in the latter chain of activities, regarding the process of green enhancement of blue enterprises.

Livorno companies operating in Cargo and Passenger handling constitute over 50% of the capacity for Tuscany. Not only is port in the provincial capital of Livorno, the most important port in Tuscany, but the province also contains the port of Piombino and those on the Island of Elba. The significant role played by this infrastructure in the regional context, on the one hand, leads to the definition of Livorno as a seaport for Tuscany, and on the other, underlines the high degree of integration existing between the province and its ports and consequently between the province and the region.

With Added Value estimated at € 985 million per year, the Livorno Blue Economy occupies an important position in the regional and national context: leader in Tuscany for absolute value of blue wealth and 9th in Italy, immediately after Trieste and before Bari. The wealth generated by activities related to the sea is worth 11.9% of the total AV produced throughout the province; much more than the average recorded for the whole of the Region of Tuscany (2.8%) and of Italy (3%). In terms of the influence of wealth produced by the Economy of the Sea on the overall wealth generated in the province, Livorno has the 6th highest of all the provinces of Italy.

This data therefore outlines how Blue Economy is not an isolated phenomenon, detached from the context where, historically, even Big Industries have played an important role. Within an extremely variegated local economy, apparently divided by diversity of production origin, Maritime Enterprise has always oiled the wheels of connection, cohesion and integration. The ability of Livorno’s enterprises to advance integration has its origins in the “Livornine Laws” promulgated by Ferdinand I at the end of the 16th century, which were instrumental in Livorno becoming a multi-faceted and cosmopolitan city par excellence, a distinctive character that has not only survived the test of time but has also pervaded the entire province. The measures undertaken by Ferdinand I made the city the main point of access to the sea for the Grand Duchy of Tuscany, a role that has remained unchanged over time. If initially it was the presence of the port that guided the process of development and integration for the province, over time a multitude of manufacturing and residential areas developed around the port, a process that lead to the reality we find today.

Up until now, most of Livorno’s blue AV has derived primarily from the Accommodation and catering sector, followed by those of Goods and passenger handling by sea and Shipbuilding. It should be noted that the contribution from Environmental research, regulation and protection (6.8%) is more consistent and decisive than that offered by Sports and recreational activities (6%). 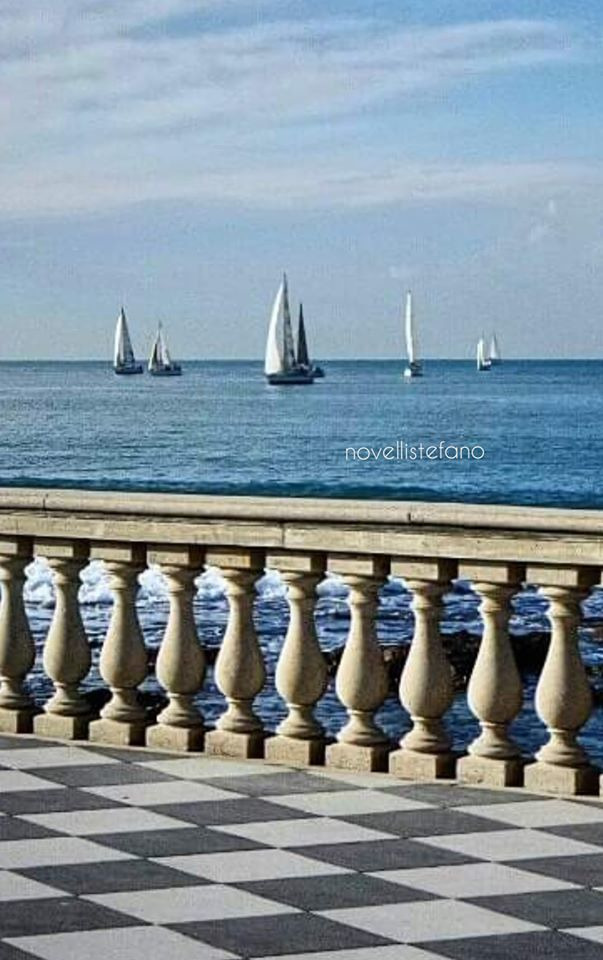 It should not be forgotten that the economic context is the result of a dense and complex network of relationships, so much so that input from one supply chain creates a ripple effect on the others, even on sectors that appear to have little in common. In practice, a multiplier [3] exists whereby for every Euro produced by one Blue Economy enterprise, almost two more are produced in the rest of the economy. This is another strong indicator of the existence of deep-rooted integration between the sea and the territory.

However, the multiplication effect of the Economy of the Sea is not the same in all parts of Italy. In Northern Italy the multiplying factor tends to be higher (especially in the North-East) whereas the Central Regions are in line with the average for Italy. The South of Italy and the Islands have a smaller, but nevertheless significant, multiplier. Applying the multiplier estimated for Central Italy (which coincides with the national average as a whole) of 1.9 to Livorno, it is estimated that in 2018 AV of € 985 million attributable to the Economy of the Sea stimulated almost a further € 2 billion (€ 1,871 million) in the rest of the local economy, totalling approximately € 2.9 billion (or 34.5% of the total AV produced by the entire economy of the province).

This simple mathematical exercise does not, however, take into account that for the seven supply chains making up the sea economy it is possible to identify specific multipliers, which, in some cases, differ significantly from the overall average value. According to the latest Chambers of Commerce “Unioncamere-Si” report, the supply chains with the highest multiplication factors are: Goods and passenger handling: every Euro produced induces 2.8 in the rest of the economy; Shipbuilding: 2.4 and Sports and recreational activities: 2.1. Also significant, although in line with the average value, is the contribution to the multiplication factor of the Accommodation and catering services and Fishing sectors; both of which induce almost a further € 2 for each Euro produced. If we continue with this mathematical exercise, applying the AV multipliers identified for Italy to the individual values of the supply chain, we obtain the specific values of the AV induced in each of Livorno’s supply chains.

Multipliers and Added Value (AV) produced, induced and total (€ millions) for the blue supply chain.
Year: 2018 (Source: Elaboration of data by the Chambers of Commerce of the Maremma and Tirreno Centre for Studies and Services on data from Unioncamere-Si Camera).

It should be noted, however, that the sum of the individual induced values differs from the result obtained by applying the general average multiplier to the direct AV total.

Ultimately, the AV multiplier is a viable quantitative expression of the value of the integration between the Economy of the Sea and the rest of the economy and this phenomenon does not impact the economy alone. The effect also impacts the political, administrative and social life of each territory gravitating around, and whose development is indissolubly linked to, the sea.

[1] Definition methodology by the Unioncamere-Si Camera working group, which produces annual thematic reports relating to the Economy of the Sea and whose data is processed and analysed at local level by the Chambers of Commerce of the Maremma and Tirreno Centre for Studies and Services

[2] The working group identified, on the basis of the ATECO code of the economic activity carried out, the types of companies that can be traced back to the so-called Economy of the Sea. These companies were then categorised into seven distinct supply chains: Fishing, Marine extraction, Shipbuilding, Handling of goods and passengers by sea, Accommodation and catering services, Environmental research, regulation and protection activities, Sports and recreational activities.

[3] For an in-depth analysis of the multiplier methodology, please refer to the reports cited in the notes above.

Within an extremely variegated local economy, apparently divided by diversity of production origin, Maritime Enterprise has always oiled the wheels of connection, cohesion and integration. Data relating to businesses, added value and employment outline how the Blue Economy is fundamental to the economy of Livorno and the entire region of Tuscany and, more specifically, illustrate how the provincial port system is key to achieving strong levels of integration between maritime enterprise and the production base at local and regional level. An analysis of the dense and complex network of relationships between supply chains that also belong to different sectors, has lead to the discovery of a Blue Added Value multiplying factor, which estimates that every Euro produced by blue enterprise "induces" almost two more Euro in the rest of the economy. In essence, the AV multiplier is a viable quantitative expression of the value of the integration between the Economy of the Sea and the rest of the economy and this phenomenon does not impact the economy alone, as the knock-on effect is also felt in local political, administrative and social life.