Services of cruise ships has been part of the history of the Costa Rican Institute of Ports of the Pacific – called in Spanish like INCOP, for a long time. Hence, the city of Puntarenas (also called “the pearl of the Pacific”) today shows an important development in the relationships of stakeholders in the cruise port. However, at the same time, Puerto Quepos and Puerto Golfito are emerging as important destinations on the Costa Rican Pacific coast, and they are being prepared more and more to take advantage of the benefits of this activity.

If they asked me: What represent the cruises for INCOP? I would reply that they should be an opportunity to improve the socioeconomic conditions of the port communities and positively impact the entire Pacific coast.

According to the statistics presented by the Cruise Lines International Association -CLIA, during the year 2015 there were 23 million cruisers in the world, and they forecast 25.3 million by 2017. With these data, I have no doubt that this industry will touch more  the coasts of Costa Rica.

Speaking touristically, Costa Rica has a lot to offer the world, but we are aware that our ports still have to prepare better. For this reason, INCOP as the Pacific Port Authority strives to know well the reality of cruise activity: from analyzing the current trends of this activity, to characterizing the different components and agents involved in it, to know the relationships with the stakeholders that act in the ports, the labor legislation in the ships, the economic-financial information and the environmental and sociocultural repercussions of the activity in the sea and destinies.

Recently INCOP participated in the Seetrade Cruise Global regional conference, held in Fort Lauderdale (Florida, USA), with the aim of advancing its preparation in front of the cruise industry, but also to offer facilities and to share service experiences.

Today our institutional vision is wide, thanks to the experience acquired over the years in the city of Puntarenas. That is why we understand that the relationship with this industry transcends commercial exploitation and we are attentive to the rigorous implementation of sustainable tourism, which promotes the local development of the receiving communities, which contributes to the protection and conservation of the natural conditions of the territory (maritime and terrestrial), which favors decent and economically sustainable working conditions, while respecting local cultures.

Golfito is a paradise known by very few, but it is an extraordinary place. The main port of the city maintains a strategic importance in the development of the local economy, with an important export activity of African palm oil, services to American´s frigates and the visit of small and medium scale cruises, that increase their frequency gradually.

The history of the place is interesting. In the middle of the XX century, Golfito was an important region for the cultivation of bananas, and its port, one of the main export points. However, a combination of factors made this productive activity economically unsustainable in the area: the discontent of workers with their working conditions, the decline of foreign markets, the increase in export taxes and banana diseases led to the closure of The United Fruit Company in 1985. Instead, African oil palm plantations replaced all the old banana plantations and, due to their success, more and more lands have been dedicated to growing this palm.

In the mid-1990s, small flows of tourists began to arrive, and since mid-2006, the sport fishing has become the most important tourist attraction.

On the other hand, a part of the history of Golfito is rescued in its architecture. The Banana Company planned and designed the spatial and urban distribution of Golfito adapting it to the topography of the region, in addition to conditioning a longitudinal plot of level terraces to locate the buildings and streets parallel to the coast. This plot contrasts with the pattern of urban grid, predominant in the rest of the country. The grid pattern is a Spanish colonial heritage. Likewise, as a company that establishes an enclave, the Company designed the different constructions that housed administrative buildings, housing for workers of different trades and hierarchical levels (administrative and managerial staff), workshops and other types of estate, all of which designed at its headquarters in the United States. From the architectural point of view, in the administrative and housing properties, the Company introduced a typology characterized by the response to a warm and rainy environment, whose differences were marked by socio-labor factors evidenced in the quantity and dimensions of the rooms. 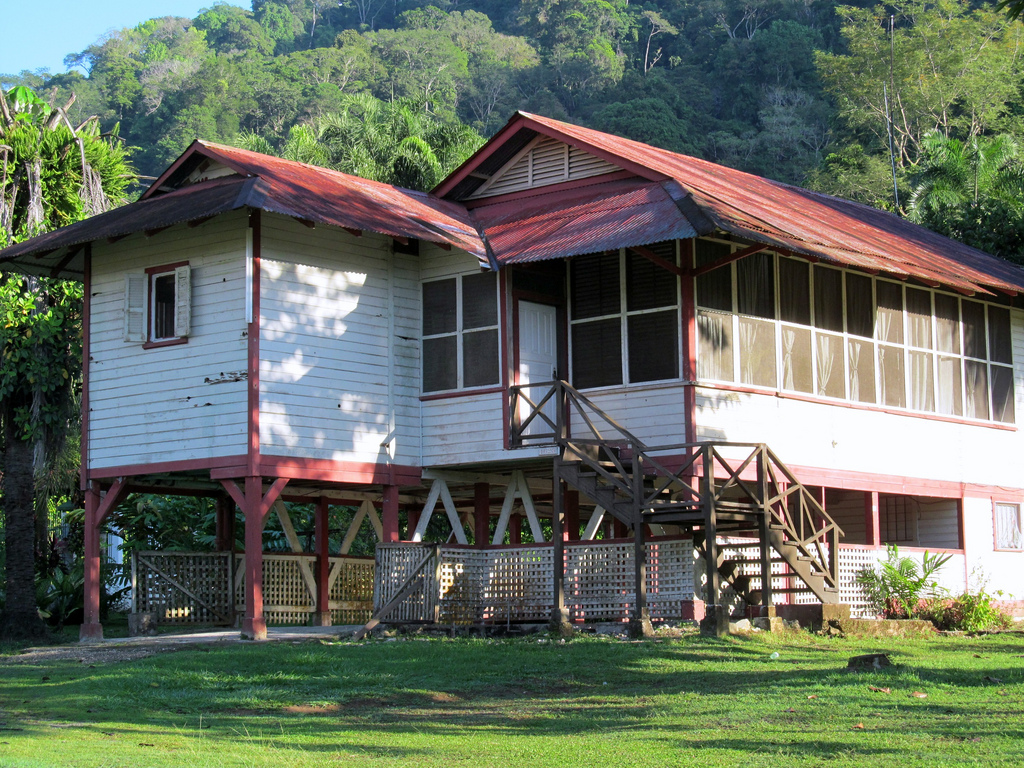 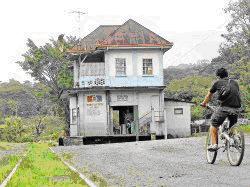 Different constructions that housed administrative buildings, housing for workers of different trades and hierarchical levels, workshops and other types of estate.

Golfito is one of the most alive ecosystems in the entire Latin American region, so it lends itself to different adventure tours and naturalists. There are many options for hiking in the mountains, where you can enjoy the flora and fauna of the area. It is also possible to go horseback riding through the forest or to the beaches. You can do boat trips through the Golfo Dulce and the mangroves of Golfito. Nevertheless, the tourism specialty of Golfito is the sport fishing.

The port of Golfito is located in Golfo Dulce, which is one of the four tropical fjords that exists in the world (the others are: The Gulf of Cariaco in Venezuela, the Darwin Bay in Galapagos and the Bay of Kaoe in Indonesia). The waters of the Golfo Dulce are so calm that on a day with little wind they transform into a perfect mirror of the sky, under which dolphins, whales with their offspring, the big whale shark and a huge variety of fish swim with total tranquility. It is no coincidence that Golfo Dulce is one of the favorite destinations, both for lovers of sport fishing as well as for scientists and travelers, who seek an ecological experience to enjoy a natural wealth without equal.

For example, during the second half of 2016 the number of cruisers increased significantly, and outlook for the future keeps on that line. Undoubtedly, cruises have found an extraordinary destination. Today new and important projects are outline-making Golfito more attractive as a destination. One of them is the Marina Village, which has transformed the sea front and begins to energize the local economy, with the opening of tourist services and an interesting gastronomy offer.

The Marina Pez Vela in Quepos.

The road distance between Quepos and Golfito is 178 kilometers, and by sea, only 98 nautical miles. Their histories and geographical contexts have similarities, but their urban and socioeconomic development of the last 30 or 40 years has given them a very different character, which is reflected in different aspects of the sociocultural and organizational structure of the community. It could be said that the economic structure of Quepos is a combination of past heritage, with the economic insertion of the present, reflecting a blend of agriculture and fisheries, state intervention and growing tourism development.

The main attraction of this other region is the Manuel Antonio National Park, which many describe it as a natural paradise, outstanding to its extraordinary beaches and forests. It is a territory of very humid tropical forest where species of endangered flora and fauna, mangrove, marine environments, islands and a lagoon of 14 hectares coexist. This condition has facilitated the growth of the hotel sector and other services, giving a cosmopolitan air to the area. 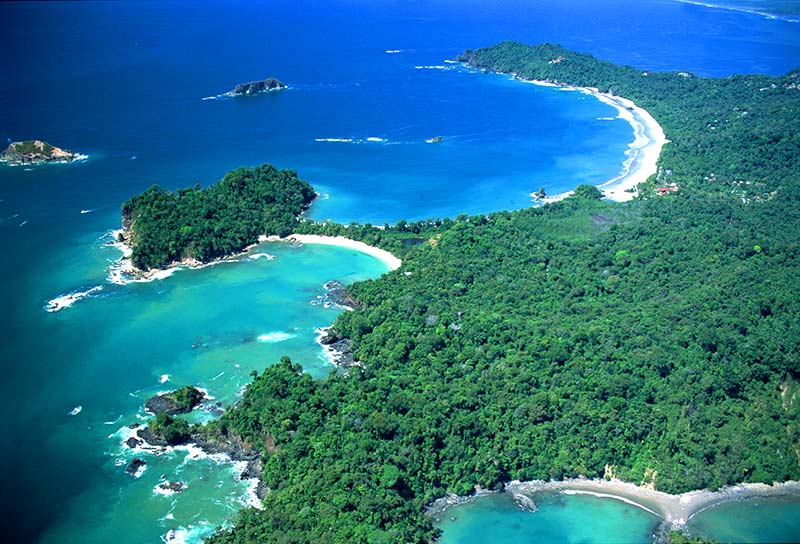 Manuel Antonio National Park, the main attraction of the region with extraordinary beaches and forests.

It can be said that the port of Quepos is a monument to the history of the region. As a eighty years city is a giant that continues to provide services, and is dedicated to the attention of cruise ships. Adjacent to the dock, a few years ago, a marina was built that, in partnership with INCOP, offers visitors the best possible experience.

INCOP has two new projects to improve its relationship with the cruise industry.

The first one is the construction of a quarantine room and expansion of emergency medical services within the San Rafael Clinic Center. This work will be located just 400 meters from the cruise pier of Puntarenas, and involves an investment of around three million dollars (US$ 3,000,000). The goal is to have a well-equipped hospital care center capable of attending emergencies, in massive events or originated with boats.

The second project, in coordination with the Ministry of Transport, Coast Guard Police and the National Emergency Commission, is to create maritime rescue stations, with the aim of improving control in the protection of the environment, and safety in all activities, both recreational and transport.

As mentioned above, INCOP seeks to improve port conditions and services. The ports of Puntarenas, Quepos and Golfito are better prepared to welcome you.