Currently higher education centers have understood how their role in society is no exclusively limited to be an academic institution, but also their role entails a committed social responsibility, which must be aligned with the social, cultural and historical moment in which the society they offer their services is developed.

It is from this broad pedagogical approach, in a comprehensive training, with socially positive significance, and intending to form people, full of good values, attitudes and willing to contribute to local development in a global perspective, in which understanding the reality of women in the port can be relevant.

However, before we discuss what should be the role of universities in this respect, it is necessary to know the history and current status of the situation to make proposals regarding academic and pedagogical actions, which allow these academic units improve the status of every woman in the maritime sector.

History of the women in the port and maritime world

The participation of women in the maritime-port world is not a new thing, as some people may think. It is impossible to think of all these activities without mentioning their role in each process.

During past times in the port towns, it was usual that the women had a greater relevance due to the long hour absences of men engaged in the maritime labor (transport of merchandise, colonizing adventures and war), allowing the so called “weaker sex” assume functions of men.

The first tasks of women in port activities started with fishing, there are also references of their participation in charge and discharge of merchandise at the ports Bilbaínos around 1717, when this also involved the discharge of wine bottles [1]. Other antecedents, in these same ports dating back to 1910 with the participation in the discharge of coal and passenger ships [2]. It was very common to see women leading commercial business (basically port activities). In the same way, women owners of fishing boats and passenger were seen [3].

Nevertheless, these antecedents instead of constituting a habitual element in the dynamic of the port, on the contrary had a different effect, as a consequence of the technological advances concerning the modernization of these type of activities, just as the others factors like periods of time of world peace, made man remain in their homes and reclaim their role as provider, being the role of women more oriented towards home activities and lost the interest in these activities.

Today’s situation of women in the port

In spite of the progress achieved from economic, political, legal and cultural areas, maritime and port work still has social obstacles, reflected in women’s unemployment, and the concentration of male labor. An example of this, it’s what happened on Algeciras port in Spain. In this port city, has been constituted the group “cargo handling women of Algeciras“, which demand the women participation in the personnel selection. The group started with one question “why are not there women in the ports of Algeciras?” [4].

Despite the previous situation, in some business in the sector is observed a greater female representation with high percentages in administrative spaces; customer service and commercial positions, and a less amount in the operational and high positions. Example of this, are the ports in Central America, where the participation of women has been increasing in recent decades, even with technical and managerial functions due to training and demonstrated competence. Likewise, both at the center and north of Europe the integration of women is remarkable, eliminating all barriers to access to the labor stowage market [5]. 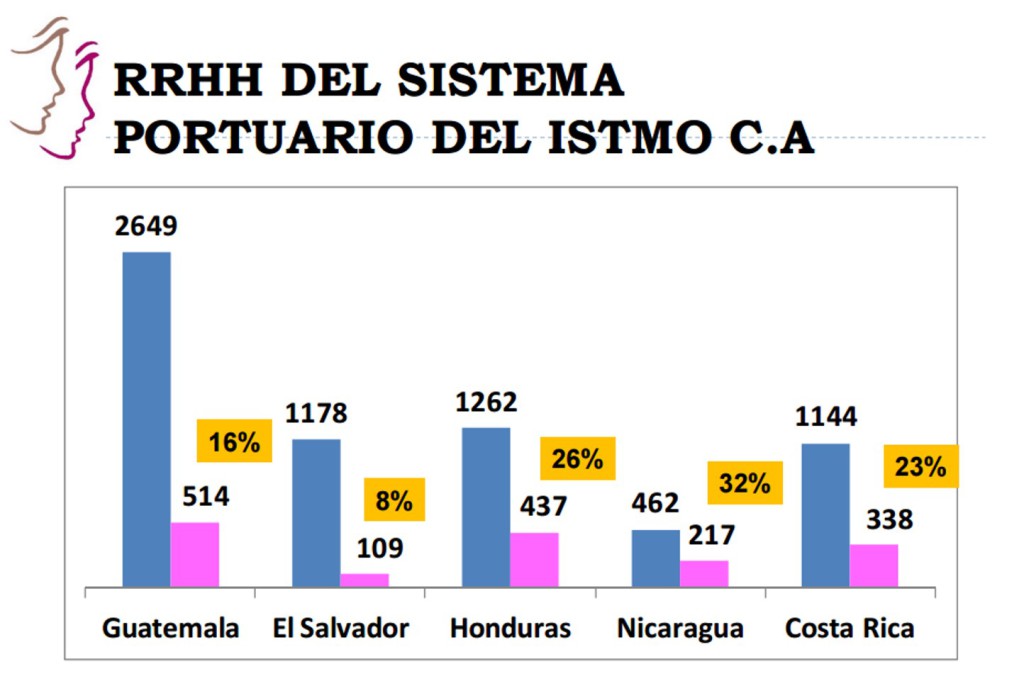 Participation of women in the maritime port central system
(https://www.cocatram.org.ni/red/2012/Darling%20Rojas_COCATRAM.pdf).

An example of female representation in the technical sector is evidenced by the case of Johanna Vasquez, first woman in the world that operates a gantry crane. This woman works in the company San Antonio Terminal International (STI) – Chile.

We also have to mention, the case of Blanca Salazar Chunga, who works in the South pier of Port Cholaco in Peru. Is the only woman handling the gantry No. 2 of pier. It is also interesting to see how the religious barriers have been yielding as an obstacle at the moment of developing port activities. The woman, with the right preparation will be able to participate in any port activities, for instance Ayesha Hassan Abdulrahman Al Marzooqui; is the first woman in the United Arab Emirates, who operates a crane in the port of Khalifa. 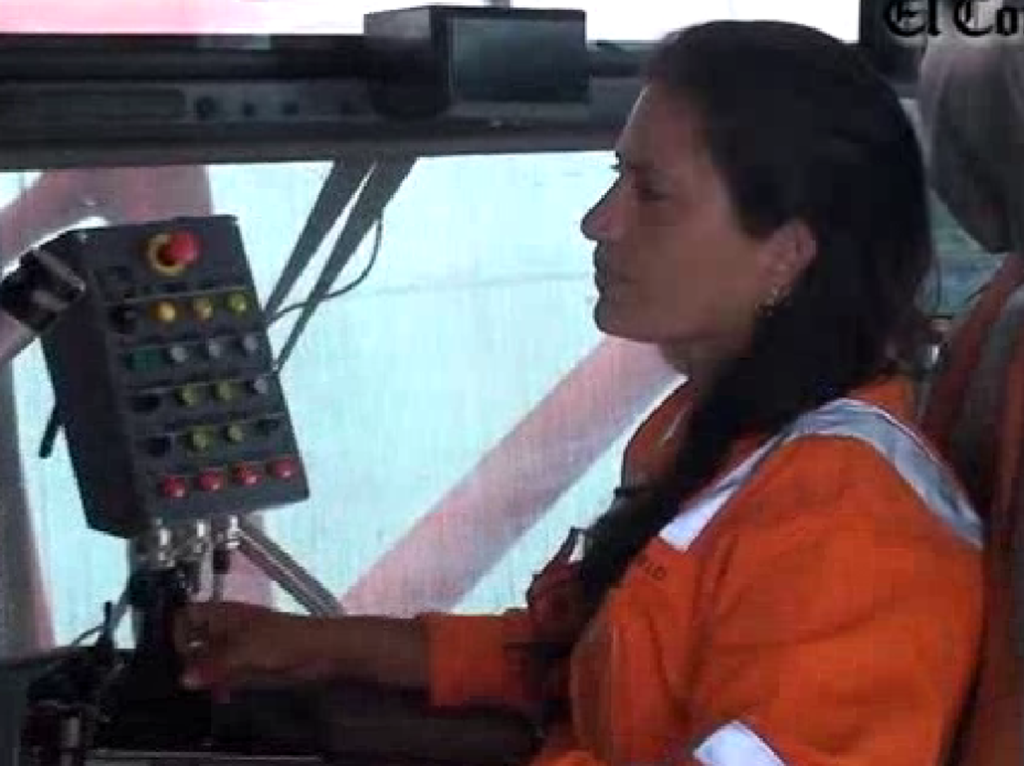 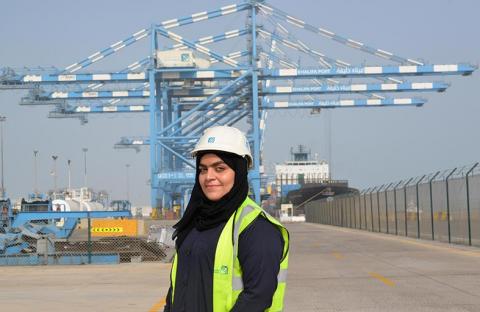 The universities are redefining their relationships with society, with its various economics partners and all audiences. The concept of integral education with a social approach is essential in this institutional process [6]. This class of education can only be carried out, if bridges are built between academic community members and the socio cultural and economic realities around them [7].

For this particular case of maritime-port sector, the work area as a great strategic catalyst of the regional competitiveness generates an influence on educational development of the geographic areas, where the great focus of port developments or the productive sectors that uses the transport or logistics for international business are settled.

Actually, the female presence in the educational programs of port maritime kind is increasing. Therefore as an evidence of awareness of a contextual problem that generates the participation of the woman in this activity, the universities that prepare this population, should work in order to provide the best practices that involve men and women, evaluating the challenges and opportunities that the latter may encounter. With all these in mind, it is relevant to establish the next strategies to generate from the university, a real culture of women integration to the port sector.

According to what has been said in this discussion, arises the question of how to implement the suggested strategies? It is undeniable the fact that universities are designed to train, offering through their human resource a series of training alternatives that will open the way to the materialization of the previous proposals.

First of all, it is considered that the most relevant action is the implementation of a diagnostic study of the situation of the woman in the ports of the city; region and country in which the university is located, in addition to this to perform a self-diagnosis in the interior of the programs offered, related to the maritime/port area in order to know from first-hand the feeling of students both (men and women) about the topic. This would be the starting point to carry out activities such as:

Example of the growing female participation in the maritime and port educational programs is what happens at the Universidad Autonóma del Caribe in their programs Maritime and Port, where approximately 30% of the students are women. 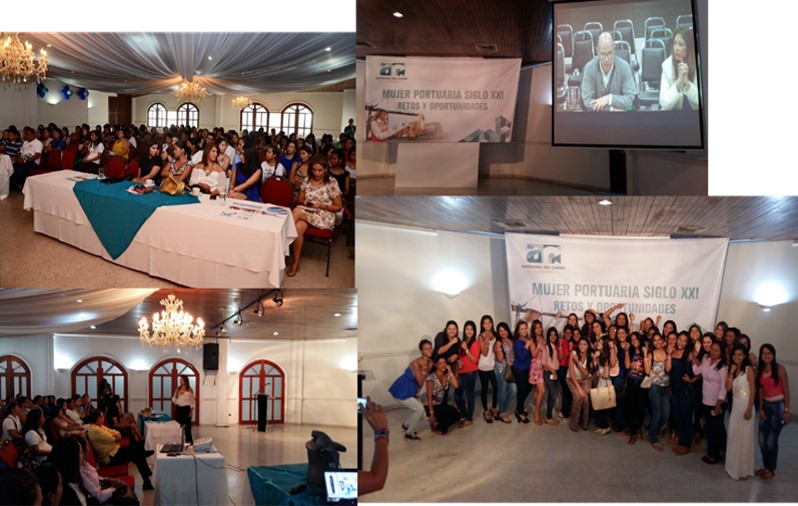 Aware of the responsibility derived from this situation: “training future port women”. The program of River and Maritime Administration with a great-impact and an academic direction in concordance with the vision of Barranquilla as a port city, has been promoting an institutional campaign to highlight the growing role of the port activities focused on women in the world.

“I´m a port woman”, is called this initiative, recognizing the importance of the work done by men in the port facilities, but this intends to highlight how women keep gaining ground in a field that once seemed exclusive to the male gender because of their conditions, skills and preparation [9].

It is important to clarify that when the women’s equality it is promoted in the marine / port world, this equality shouldn’t be understood as a simple gender’s topic.

The equality must be asserted form a formative point of view. To be able to perform any type of work. This is accomplished with a due academic preparation aligned with the current labor demands of the environment. It is valid to emphasize that the port terminals and their related services, as economic units, aim to be productive, competitive and profitable. This is accomplished with reduction of operational cost (flexibility, reliability, quality of service), security, specialization and efficiency improvement.

The training of the human resource within the area of maritime transport and its interfaces is an outstanding element for a successful functioning, regardless of the fact that this individual is a man or a woman.

Likewise it is possible to conclude:

[4] Women are mobilized and asked to work as port stevedoring -See more at https://www.horasurdigital.com/2014/11/las-mujeres-se-movilizan-y-piden-trabajar-como-estibadoras-portuarias/#sthash.EdRxwkH7.1VVCBWqM.dpuf

[7] Instituto UNESCO Educational, 1999. The role of the universities. www.unesco.org/education/uie/confintea/pdf/2a_span.pdf

[10] On this vision, productivity, systematically understood, is the ability to “innovate and optimize the intellectual, natural and productive capital of individuals and organizations actively engaged in creating a sustainable society” (Kunin, 2003). GA Pontoni – 2011 The driving power: labor relations in the automotive freight transportation sector in the post-convertibility. nulan.mdp.edu.a

Article reference for citation: Melina Díaz Rangel, “The role of university in the training and strengthening of women in the maritime and port activity”, PORTUS: the online magazine of RETE, n.30, October 2015, Year XV, Venice, RETE Publisher, ISSN 2282-5789 URL: https://portusonline.org/the-role-of-university-in-the-training-and-strengthening-of-women-in-the-maritime-and-port-activity/

In Social Responsibility policies of universities it is necessary to address issues that are relevant for the fulfillment of the overall education of students. This situation obliges those universities whose academic programs have careers related to the maritime-port, to strengthen the role of women in training, to carry out functions that are traditionally undertaken by men issues. The exercise of the social function of universities confers the opportunity to get involved in the issues around women in the maritime port sector, considering its context and the conflicts that traditionally have been presented. Based on this analysis, present through academic and constructive activities proposals to contribute to the improvement and future vision of women in the sector.