“To ask what it means to practise science, or rather, to try to know what the scientist does (whether or not he knows what he is doing) is not only to inquire into the efficacy and formal rigour of the available theories and methods but also to question the methods and theories at the very moment at which they are implemented, in order to determine what they do to objects and what objects they make. The order in which this inquiry has to be conducted is imposed as much by epistemological implications of present-day sociology, which define the hierarchy of epistemological dangers and therefore the order of priorities”.

The scientific approach of the port city is presented as a great challenge for researchers from any discipline. Its varied and dynamic reality make the definition of the object of study be always sui generis and permeated by economic and socio cultural conditions of the place.

Currently you can find a significant amount of literature on port cities, most issues relating to logistics and transportation, and with a strong emphasis on port operations, but also, there are other related with socio-cultural dynamics, urban transformations and services SMEs, and even strategies to address climate change.

Who defines the subject and scope of research on port cities? Definitely many people can participate in this selection: independent researchers, universities, port authorities, local governments, private sector organizations and others. The truth is that behind any research there will be always the interests of someone who wants to meet a particular situation or that situation is known by many.

The construction of the object of study

Embodied in the researcher, as part of the concerns and interests of the field of study and of the academic community, it is attached and integrated motivations and epistemological developments into the process of building an object of study.

For analyst empirical tradition, scientific research not only covers but consists basically in defining problems and to seek solutions. In fact, the problem is not resolved until it is possible to find a practical or theoretical response; partially or completely resolved.

In general, there is a variety of types of problems, of which, without being rigid or formalistic – they can be proposed as a short list:

Limon Port on the Caribbean side of Costa Rica.

There are certainly differences in approaches when undertaking the task of doing research, but what we must realize is that the objects of scientific research are not empirical but conceptual. This means that the researcher does not “take” a matter of reality, but he/she builds from his/her interpretive and prior knowledge concerning the reality investigated. Thus, the object of investigation must be built based on a theoretical problem; constantly being reviewed.

In my personal experience, investigating the social dynamics of Puerto Limon in Costa Rica, and particularly from my studies as a sociologist, I have chosen not to abide by “scientific cooking recipes”. In other words, I have tried to get away a little bit of the rigor of some methodologists whom often want to see researchers as dependents of the precepts of the method.

The methodology is important for effective work, but can be supplemented with intuition, creativity and self-reflection, which can also enrich and benefit a good research.

The conceptual framework is a fundamental part of the research process.

Broadly speaking, we could say that is to develop the theory that will support the research process, by searching and doing a rigorous analysis over what has been written about our subject of interest.

When submitting a research report, the conceptual framework should include the statement of the problem and its possible causes and effects; it should clarify the concepts and assumptions and their variables and indicators.

In the case of doing research on port cities there is little theory developed. Perhaps the most important contributions have been provided by Hoyle, Ducruet , Lee and others, which are based on the observation of the causal effects of economic globalization in the port cities of Europe and similar contexts.

In our case, when we analyze the Asian, Latin American or African port cities, we shall begin to develop our own theory, because others referents mentioned are lax and decontextualized to our research challenges. The task of producing theory is resolved with a steady output of research, in which universities can make a very significant contribution.

The conceptual framework, beyond making a rigorous review of the theoretical proposals and concepts anchored in themselves, they allow us to build our own theory.

The cruise terminal at the Port of Limon, Costa Rica.

When somebody does scientific research, in addition to choosing a theoretical-methodological and epistemological basis, he/she is guided by the selection of a paradigm that influences his/her analysis in one quantitative or qualitative viewpoint. According to the paradigm, and the relationship of subject-object, the knowledge will be focused. In a quantitative analysis, the subject is the knower and the object is known, as an independent subject. The philosophical basis of the second paradigm, emerging from German thought, initially from Dilthey and then with the methodology of phenomenology, seeks to interpret and understand the world as given, considering the subject-object relationship as a symbiotic identity, so it is relevant to interpretive and hermeneutic analysis.

On the other hand, before presenting some examples of investigations, it is appropriate to answer the question: What is meant by paradigm? The technical use of the term was firstly written by Thomas Kuhn in the publication of The Structure of Scientific Revolution (1962), where he considered them universally recognized scientific achievements that for a time provide model problems and solutions to a scientific community.

Kuhn ‘s thesis rests on the claim that science operates within parameters unquestioned governed by fundamental theoretical models that he calls paradigms and determine how to structure and interpret experiments.

When a paradigmatic theory reach this level is not questioned and is accepted without question until, at some point, in the evolution of knowledge, a scientific revolution bring down the prevalent paradigm to establish another one, changing the meaning of observations and experiments in the previous one.

The investigations that are part of one quantitative analysis incorporate statistical measures, such as measuring port productivity indicators for movement of containers or cargo volume or considering time and/or cost per square meter of land . Others “less hard” may be the combining of quantitative and qualitative or interpretive aspects, and give information on traffic cruise, cruise tourist habits and satisfaction with the destination or valuation of the cruise experience. And research qualitative analysis often addresses topics such as: social incidents in the life of the port city, on union struggles of port employees, use of public space in the waterfronts and any other topics with related industries. 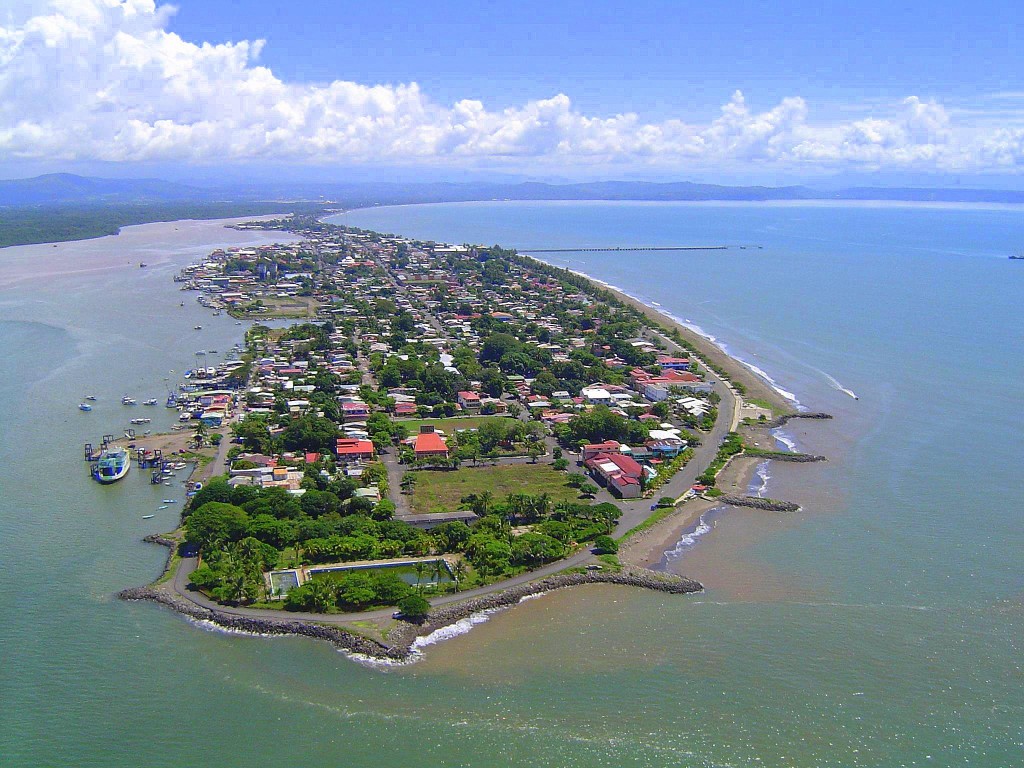 Puntarenas on the east coast of the Gulf of Nicoya, Pacific Ocean.

Scientific research is a process to which I have devoted more than twenty years, going at different times by a variety of exquisite own sociology subjects, and other times with some topics less common as are maritime and port issues .

The research done in recent years on port cities have made it clear that we need much in order to have an established theory and a robust conceptual corpus.

Research methods should be taken from each of the scientific disciplines with which study topics are addressed, and that when the research will be inter-and transdisciplinary, we will have the advantage of being in front of a very particular and demanding reality able to let us to have the capabilities to look from different angles the port city phenomenon.

For those who now work in less developed countries, we have the mission of promoting an epistemological vigilance, in order of not being limited with paradigms from other contexts, but to begin to define ours for finally to enter and move in our social reality.

With the same interest I urge my college students to investigate the port city to generate knowledge and go producing theory, I urge decision makers for taking academic effort and this would be reflected in public policy, and prospects for prosperity and development ports and their social environments.

This paper focuses on the port city as an object of scientific research. It seeks to delve into certain questions considered essential at different stages of an investigation, such as the construction of the object of study and application of data collection techniques. Also discusses the researcher's own practice and bond that engages with the object of study. The intention is to provide key elements when undertaking scientific research on the port city and find its impact on public policy.