Marco Casale – What is the role of the Port of Livorno in the domestic market and internationally?

Stefano Corsini – Livorno is the main port of Tuscany and is a multi-purpose port of call of national importance as it is equipped with port areas, warehouses and modern handling facilities, in addition to highly skilled personnel with expertise in loading and unloading all kinds of cargo. It is a major port of call for containerised traffic. Likewise, Livorno is the leading Italian port on the Motorways of the Sea (Ro-Ro and Ro-Pax) and for handling wood for the Tuscan and domestic paper industries and new cars, which can be easily accommodated in the large compounds in the area of the port.

With the development of the area behind the port, the connection with the A. Vespucci freight village, the Tyrrhenian Corridor and the national railway network, the port of Livorno is one of the fulcrums of the National Logistics Platform and the projects for the port’s development have a strategic value for the Platform’s completion.

In particular, the strategic location in the Mediterranean basin gives the port and, more generally, the Livorno-Piombino system a role of primary importance in transport links. This means not only having adequate port infrastructure but also effective and efficient inland connections, giving priority to rail transport. This is why we are working to tangibly develop the goods transport corridors, removing bottlenecks in links between ports-freight villages-logistic platforms in order to establish a real complete interoperability/inter-modality between the Livorno node and the rest of Europe. 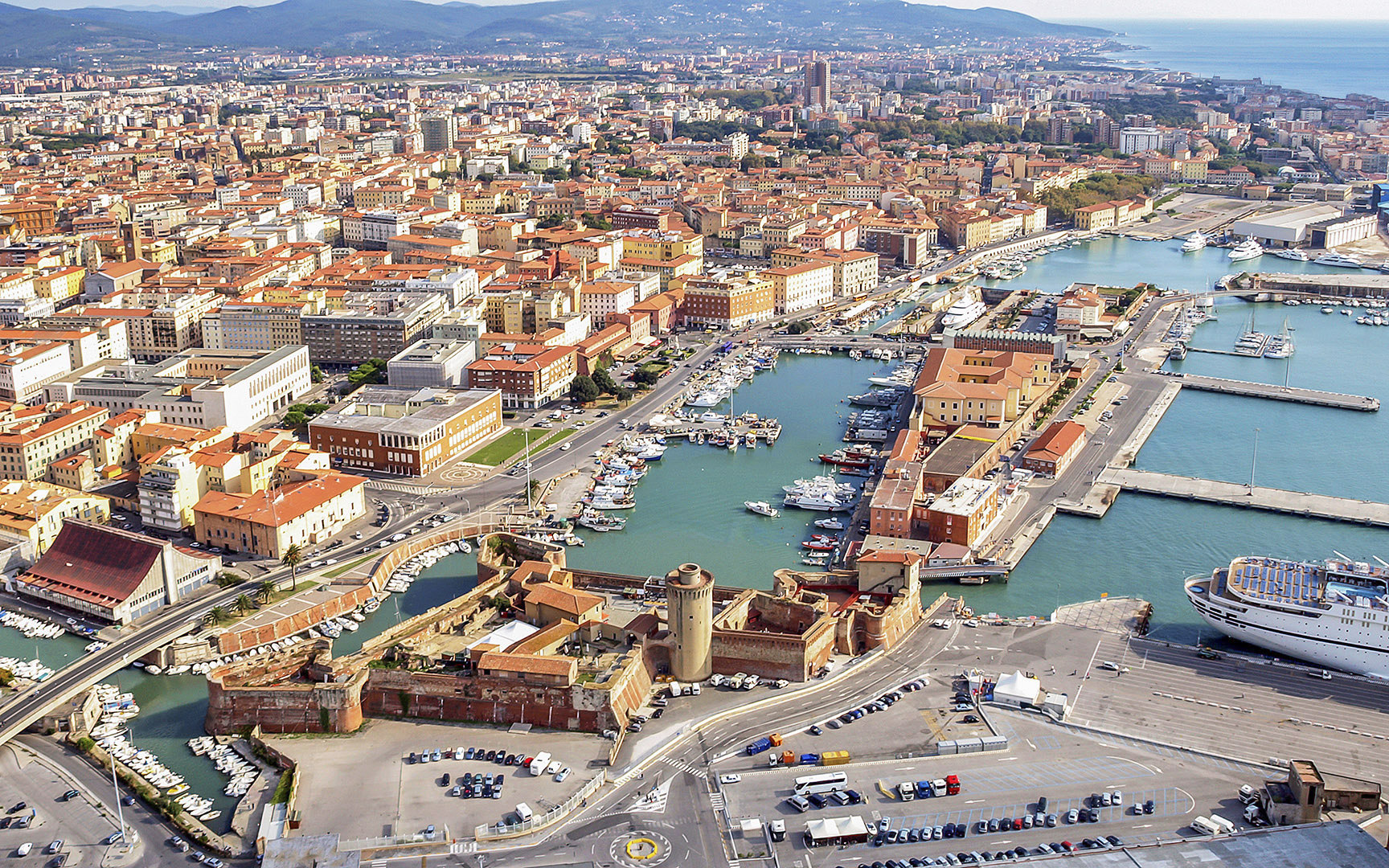 The city and port of Livorno with the Fortezza Vecchia.

Marco Casale – What will be the effects on the port-city system of the planned infrastructure development (Darsena Europa, rail links, etc.) and planning and programming instruments?

Stefano Corsini – One of the fundamental objectives of the Port Master Plan is to separate the traffic generated by the port from city traffic: the current mixing causes congestion as well as safety issues on the roads used by both types of traffic. This is why our plans for the road system around the port are based on the separation of the two. Secondly, we are working on upgrading the railway infrastructure and increasing incentives for transferring more of the port’s traffic to rail. With these policies, we plan to significantly reduce the impact on the city of the growth of the port that has occurred over the last few years and which is expected to be further mitigated by the implementation of the Darsena Europa seaward expansion project and the development of the passenger port. Another positive effect on the city-port system is the enhancement of both the older and more recent port infrastructures, such as piers and quays, the canal system, fortresses and towers, walls and ramparts in the city’s historic defences and customs facilities, the pre-industrial architecture and the old silos and docks. This patrimony has an important historical and cultural value as well as the beauty of its geographical context and represents a significant part of the historical heritage of the city, sometimes not entirely within the port but still strongly and inextricably linked to it. It is clear that the cultural, historical and environmental assets in the port constitute an immeasurable heritage from a sociological, artistic, historical and geographical point of view and are fundamental to any future development of the port and the city. The restoration and functional recovery of Livorno’s Old Fortress on which the Port System Authority has been working for a long time; recreating the water context of the Marzocco Tower and turning it into a museum; the restoration Livorno’s sea fort; returning Livorno’s old grain silos to working order. These are just some of the objectives that Port System Authority is pursuing. The aim is to use the existing programming tools not only to enhance traffic and logistic efficiency of the port of call but also to create a real interface between the port and the city, a waterfront that enables citizens to experience the port reality without barriers and filters.

Marco Casale – How important is it to strengthen the city-port relationship for the development of Livorno Port?

Stefano Corsini – The change in the relationship between the city and the port, between the need for urban development, economic development, landscape protection and enhancement, cultural and social sustainability in relation to specific local contexts, is certainly not a matter of indifference to us. On the international scene today, a new vision is increasingly gaining ground. From the predominantly real estate trend of the 1960s, i.e. the one represented by the Baltimore model, we have gradually moved towards a new perspective of social integration and optimisation of relations between ports and the surrounding urban context. Today there is no valid innovation that is not accompanied by a process of enhancement of the port city’s heritage. In Livorno we are aware of that. Here, the City Council, the Port System Authority, the Superintendence for Cultural Heritage, universities and port operators have set up a coordinated working relationship over time that has been able to ensure the complex articulation of the urban and regional network. The Old Fortress is, more than any other, the symbol of this synergy and the reference point of a historical identity thanks to which every local citizen can rediscover his roots a little more every day. Perhaps, we could say that it is since we have been managing this architectural asset, i.e. since 2013, that we have really seen fit to recover the so-called hinge areas between the port and the city, enhancing historical monuments and giving them new life. In our case, the Old Fortress has become a popular venue for cultural and recreational activities, a meeting point for citizens and tourists. It is also a landmark because it is situated in the middle of a wide-open area surrounded by public gardens, thus increasing the visibility of the site and making it easily accessible. The fact that Livorno is also one of the most important cruise ship ports of call in Italy should not be overlooked. Approximately 800,000 cruise passengers pass through the port and the city every year. In addition to visiting the city’s attractions, they also visit other important tourist destinations in the area. This brings clear advantages to the community, from the point of view of the local economy; this is, however, not without significant impact on the organisation of services and the environment. The search for the right balance between the various factors is an objective that requires total co-operation between the institutions concerned.

A night view of the city and port of Livorno.

Marco Casale – The European Association of the Ports (ESPO – European Sea Port Organization) has dedicated a lot of attention to the topic of social integration of ports as a fundamental part of port administration, entrusting port authorities with the role of “community managers “, with the aim of encouraging governance actions and tools to improve the dialogue with stakeholders. In the context of the city-port relationship, what are the actions that the Port System Authority is developing to maintain and strengthen the accessibility of ports to the city? Do you think that the experience of the Port Centre can be included among them? What are the on-going initiatives?

Stefano Corsini – The Port System Authority has always endeavoured to be a promoter of cultural activities and initiatives aimed at re-launching the image of its cities. As a Port System Authority, we are aware of the importance of the role we play in the process of improving the quality of life of the people who live there. Our “OPEN PORT” project has been designed for this, to break down the barriers that usually arise between the port and its city and to integrate the restored port areas into the city. Rather than a simple project, today OPEN PORT is a brand. What began as a simple experiment is now a thriving initiative that has successfully involved dozens of institutions and associations. It will resume development once this sad period of the pandemic is completely over. The lowest common denominator of all is the port and the need to make it known to the public, citizens and tourists. Today we organise guided tours for hundreds of students, completely free of charge. But that’s not all: the OPEN PORT initiative is ultimately a large ‘container’ of initiatives worthy of attention and of great cultural value. I’m thinking of literary competitions, television broadcasts and talk shows dedicated to the major port issues, I’m also thinking in terms of exhibitions and concerts for the entertainment of the local people. Even though not strictly a waterfront area, a bridge between the port and the city, I think the work to restore the water context of the Torre del Marzocco deserves mention. This is a project we care a lot about because it will see one of the oldest and most monumental buildings in Livorno returned to its original splendour. 54 meters high, completely coated in white marble, the Tower was built in the Renaissance period in the middle of the sea. With the commercial port’s progressive expansion towards the north, it found itself trapped amidst quays and cranes. After this redevelopment, the building, with the appropriate safety precautions, will once again be accessible to the public. The Livorno Port Centre, inaugurated in March 2015, is also a fundamental milestone and, at the same time, an important result that testifies to the great commitment we have put into the integration between port and city over the last few years. Explaining how a port functions, designing its image, promoting port operations, professions and trades, making it accessible, creating a port community aware of the economic importance of a port of call within a regional context, sharing experiences. This is what the Port Centre was designed for. We are developing a project to extend the Port Centre experience to Piombino and then to Portoferraio. The aim is to create a broad-based Port Centre instrument for the entire area under the jurisdiction of the North Tyrrhenian Sea Port System Authority. We must not forget that ours is a Port System and that enhancing the relationship between areas, institutions and the social fabric is part of our role. 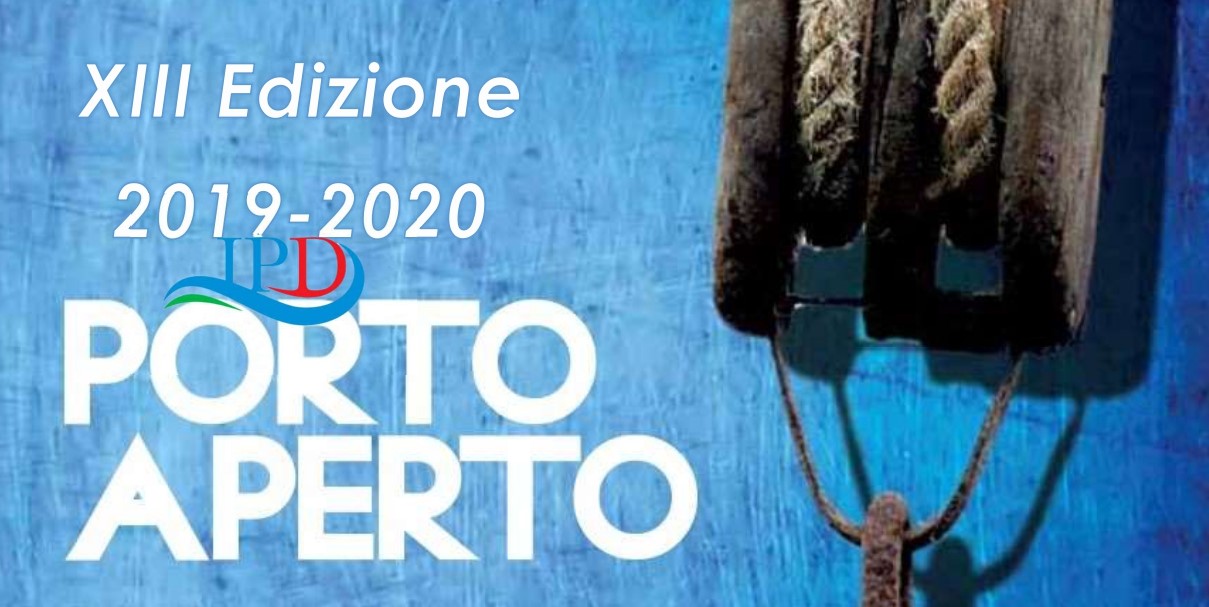 Livorno is the main port of Tuscany and is a multi-purpose port of call of national importance. With the development of the area behind the port, the connection with the A Vespucci freight village, the Tyrrhenian Corridor and the national railway network, the port of Livorno is the fulcrum of the National Logistics Platform and the projects for the port’s development have a strategic value for the Platform’s completion. Original and more recent port infrastructure, including piers and quays, the canal network, fortresses and towers, walls and ramparts in the city’s historic defences and customs facilities have an important historical and cultural value and, in the beauty of their geographical location, represent a significant part of our historical heritage. The Port System Authority has always endeavoured to be a promoter of cultural activities and initiatives aimed at re-launching the image of its cities. As a Port System Authority, we are aware of the importance of the role we play in the process of improving the quality of life of the people who live there.