Dania Cordaz – Admiral Tarzia, for a Port City like Livorno, in your opinion, how important is it to strengthen the relationship between the city and the port (administration and port institutions and maritime clusters)?

Giuseppe Tarzia – It’s essential. Starting from the very concept of maritime economy, which can only be understood in a global and globalised way, even at the local level, the phenomenon of shipping cannot remain localised, confined to the restricted physical and economic spaces of the port area, but must necessarily go further. And this is achieved, first of all, by implementing a mechanism based on a “circular relationship” of three key elements: the ship, obviously the commercial vector and the first link in the development chain; the port, meaning the set of administrative, technical, commercial and logistical operations deriving from and strictly connected to the ship vector and which make up the “maritime cluster”, flanked by the bodies vested with governance and port surveillance powers, and lastly, the third element, the city, defined as that physical, anthropic and administrative space which – as in the case of Livorno – has developed around the port and has always been intimately connected with it.

Three key elements, Ship-Port-City, which must move in harmony with each other, each fully compatible, integrable and interoperable with the others, in either direction. A unique system, therefore, that must develop by means of the triangulation of these three elements.

Dania Cordaz – To what extent is an improvement in this relationship able to affect the future development of the city-port system and its vision, and why?

Giuseppe Tarzia – As I said, it is a triangulation mechanism, which must move in a synchronous and punctual way, and in which everyone must exercise their skills and deploy their resources within an overall strategic vision, oriented towards the economic growth and development of the whole system. The economy produced and induced by maritime transport has been growing steadily for decades. In a globalised and interconnected world from an economic and trading point of view, where 90% of global goods and about 80% of the value of the goods traded worldwide travel by sea, you must be attractive and avoid being cut off from the main maritime routes. Narrowing the field a little, the numbers I was quoting now, which transform into plausible economies, have led to fierce competition between the ports of the Mediterranean to corner profitable shares of the market.

Livorno, a seaside resort and a port city by way of its history, traditions and culture, cannot let slip the opportunity to continue to be a major port of call, with all the benefits that this brings.

In the pursuit of this, everyone is called to do their part, each at their own level. From the strategic level, which begins in the planning phase by means of general, port and urban planning instruments, to the implementation of adequate and modern infrastructures, the creation of intermodal connection corridors, the supply of secure, efficient and tariff-competitive marine and quayside technical services and an equally efficient and integrated system of port and port-related logistics. These and many other detailed aspects (I am thinking, for example, of the digitisation of the entire ship-port supply chain) are what make a port attractive and make it a driving force for development and employment and economic growth, which release direct and beneficial effects into the port area and immediately thereafter to the city beyond and, in an increasingly indirect form, to the entire hinterland that revolves around every major port of call.

Dania Cordaz – The Port Authority entered into the January 2020, Livorno Blue Agreement with the Municipality of Livorno and number of shipping groups. The purpose of this voluntary agreement is to alleviate levels of pollution from shipping in the city. What, if any, are the original elements and features of this initiative in which the key players are the Ro/Ro shipping companies (CIN, Forship, Grimaldi, Moby and Toremar), the Municipal Administration and the Port Authority?

Giuseppe Tarzia – Going back to the ship-port-city circular relationship I was highlighting before, this mutual connection must primarily emphasise “environmental compatibility”, in which shipping is viewed as an essential link in the chain, creating the logistic development I mentioned earlier and facilitating sustainable growth in the surrounding area, and not as a harmful influence. The “Livorno Blue Agreement”, signed on 20 December last year, fits into this context. Starting from the assumptions I’ve just mentioned, this agreement aims to consolidate that link between ship, port and city and formalise the commitment by the shipping companies to implement a series of “best practices”, such as those aimed at tackling pollution, the immediate result of which is a reduction in smoke emissions from ships when they’re in port. In a previous assignment I was involved in an agreement of this type and the format has already been tested in other ports. The results of those experiments have been very encouraging and lead to the proposal for a similar agreement for the port of Livorno. I must say that we found great alliance not only at an institutional level but also from the shipping companies, each of which has demonstrated great awareness of the issues facing us. 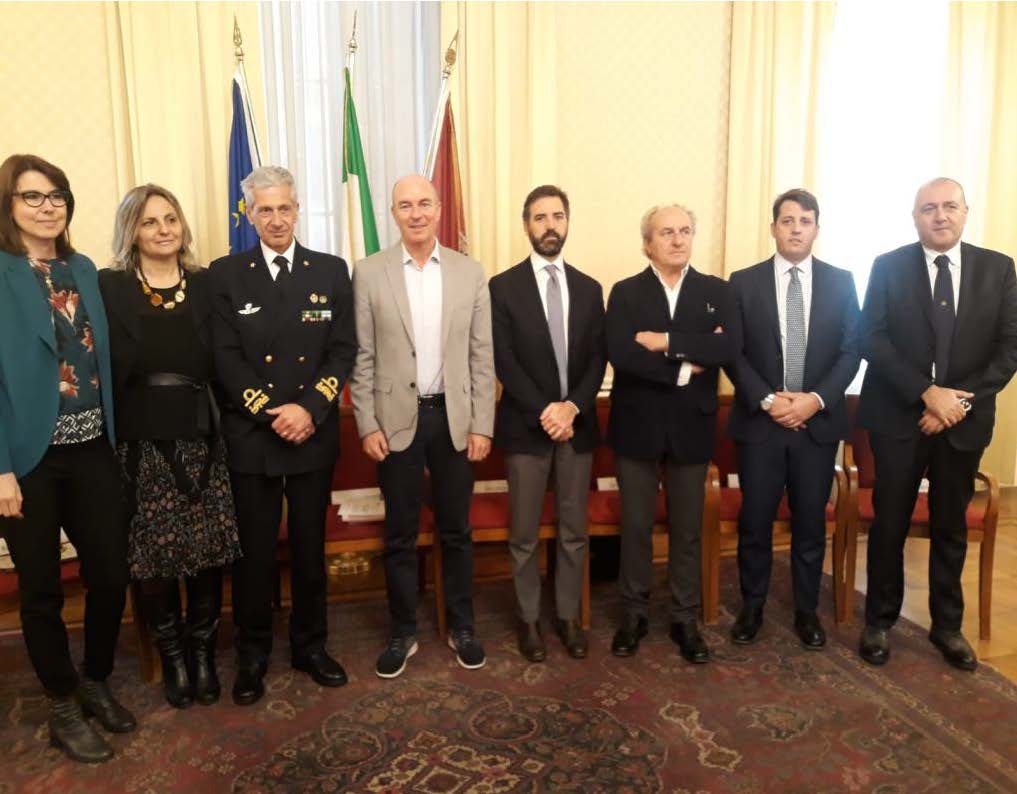 Livorno Blue Agreement. The Municipality of Livorno together with the Port Captaincy and the main ro/ro and passenger Shipping Companies in the Port of Livorno.

Dania Cordaz – What is the importance of this voluntary agreement and what actions, in your opinion, can be undertaken in the future in the port to improve environmental sustainability and to mitigate the impact that shipping has on the city in terms of environmental pollution?

Giuseppe Tarzia – The “Livorno Blue Agreement” is an important feature of the path towards environmental sustainability that is as participatory and shared as possible and involves all stakeholders. Every legal entity, public and/or private body, as well as every single individual, is therefore called to work for this goal, beginning with those on the ground, ships and shipping companies, which, as I said, have shown a high degree of sensitivity to environmental issues. Similarly, those who are responsible for managing the port context and the urban context behind should all work to make sure that the city-port-ship system moves towards ever greater forms of integration. In this sense, port and urban planning should involve constant dialogue and connection so that solutions with the least environmental impact and inconvenience for citizens, and which promote integrated logistics, can be sought; mitigation measures, such as urban green spaces, that absorb the effects, however impacting, of the port area are also an important part of planning.

These are general considerations whereas, giving a more specific answer your question, it’s clear that, for the port of Livorno, the implementation of measures, such as the installation of shoreside electrical power supply to ships at berth (so-called cold ironing) or creating capacity for berthing and refuelling LNG-powered ships – to name but two – are aspects that can no longer be delayed and not only from an environmental point of view. These facilities are already available in many foreign ports, making them increasingly attractive, to the detriment of Italian ports, including Livorno. 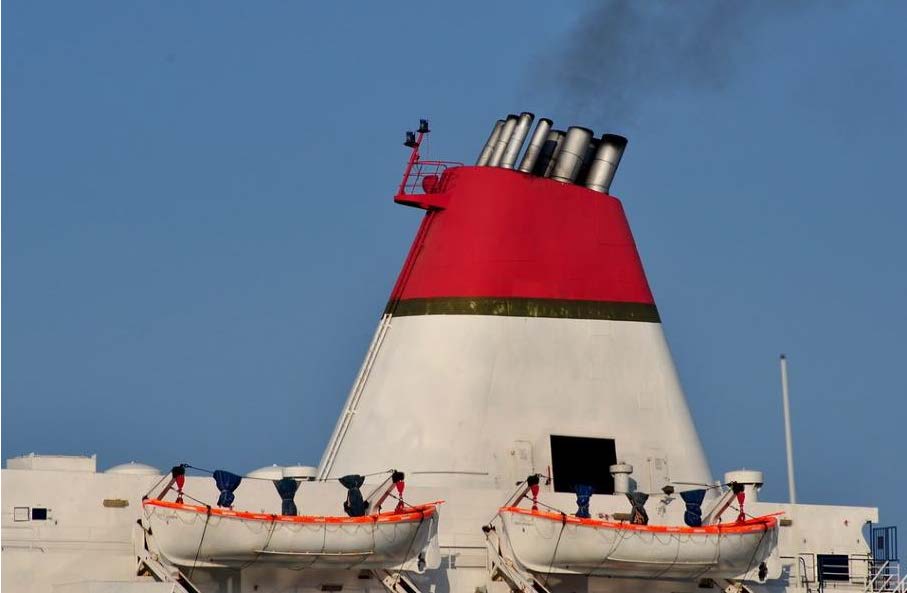 Ferry arriving in the port of Livorno.

Dania Cordaz – What are the greatest obstacles to sustainable development facing Livorno as a port?

Giuseppe Tarzia – The port of Livorno is part of the urban setting, a typical example of a city-port. This obviously poses a fundamental problem, namely the difficulty in finding locations out of the urban area so that the impact from shipping is reduced. The only way of making more space for the port of Livorno is towards the sea. This means that new infrastructure will be necessary to distance, but not disconnect, the port area from the city. At the same time, the innovations I mentioned before, and which are already concrete realities in ports such as those in northern Europe, should be implemented post-haste: cold ironing, which enables ships at berth to switch off engines that would otherwise produce polluting emissions, and capacity for using and refuelling LNG in the port area, so that ships powered by LNG, emissions from which being much less harmful than those produced by traditional fuels, can be accommodated. 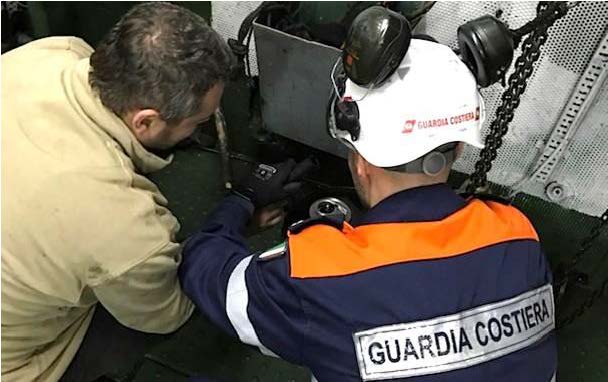 Dania Cordaz – Are there any initiatives that the Port Authority is carrying out to promote the sustainable development of the Port of Livorno? If so, what are they? Could you describe the major initiatives?

Giuseppe Tarzia – The “Livorno Blue Agreement” I mentioned before is only the latest in a series of commitments we’ve undertaken for the sustainable development of the Port and the City of Livorno. Regarding those commitments, I want you to be one of the first to hear the about the latest. As you know, the Maritime Authority has the task of protecting and supervising aspects regarding the safety of shipping and manoeuvring and mooring inside the port. Just a few days ago, we concluded simulator testing for the trial berthing in the port of Livorno of a “green” ship belonging to one of our oldest established shipping companies. These ships are equipped with a number of devices to reduce the impact normally associated with traditional vessels and are also fitted with huge, on-board, lithium batteries, which mean that while they are at berth, fuel is not consumed and emissions are not produced.

Once we’ve overcome the aspects regarding safety, we’re confident that we’ll be ready to accommodate these green ships in port in a very short space of time.

Head image: Aerial view of the Port of Livorno.