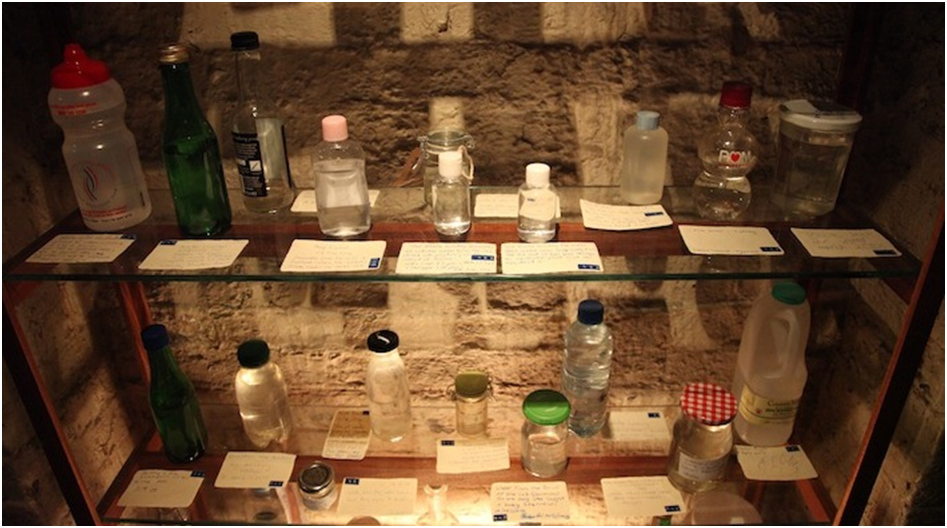 An image of the collection.

A virtual museum that collects water donated by the public and the stories that go with it – over the past two years: this is the project by British artist Amy Sharrocks, launched in March 2013. The Museum of Water is an itinerant collection, travelling across the UK and Europe gathering water and bringing attention to the natural element in all its various manifestations.

The project started on a street corner in London, in Soho, commissioned by Artakt and the London School of Hygiene and Tropical Medicine, as part of the celebrations for the bicentenary of the birth of John Snow. British doctor, Snow is considered a pioneer in the field of anesthesia, hygiene and epidemiology in medicine, for understanding the causes of the cholera epidemic in London’s Soho in 1854, tracing the path of the water and saving in this way hundreds of thousands of lives. The memory of its investigations is renewed through the different ‘stories’ of water that people donate to the museum, providing a picture of the complexities of waters in the XXI century, starting from the year of the great flood of 2013 in U.K. but facing stringent topics such as climate change and the prospect of desertification.

The itinerant Museum of Water curated by Amy Sharrocks.

The Museum of Water is therefore an invitation to take part and become aware of this precious element, at a time when modern technology has eased our access to it so much that we take it for granted, sure that it will come out of our taps at the twist of a hand. But the organization of daily life could change drastically at any moment because of a flood or a drought. Therefore this is a collection of water ‘here and now’, a reality that will never be the same. It ‘s a futile attempt to stop something flowing and that is going to be lost. The collected water will be depleted at some point – as we do in fact every day – and the Museum of Water will take the form of a collection of bottles whose different shape figures a graph of our water experiences.

“I prize the gifts people have given me, just as they come” – says Amy Sharrocks – “I prize the effort that people have gone to, the staggeringly creative leaps they have made, and the feelings that they denote. Their giving and gathering is always a creative act: each bottle contents a thing of beauty, an act, a feeling. Each person is an artist and curator”.

Amy Sharrocks received a Special Commendation for the CIWEM 2014 Nick Reeves Award for Museum of Water, which was also voted “Best Special Exhibition” in The Museum Oskars 2015. Alongside the museum, there is home to a pop-up bar offering tap water only. 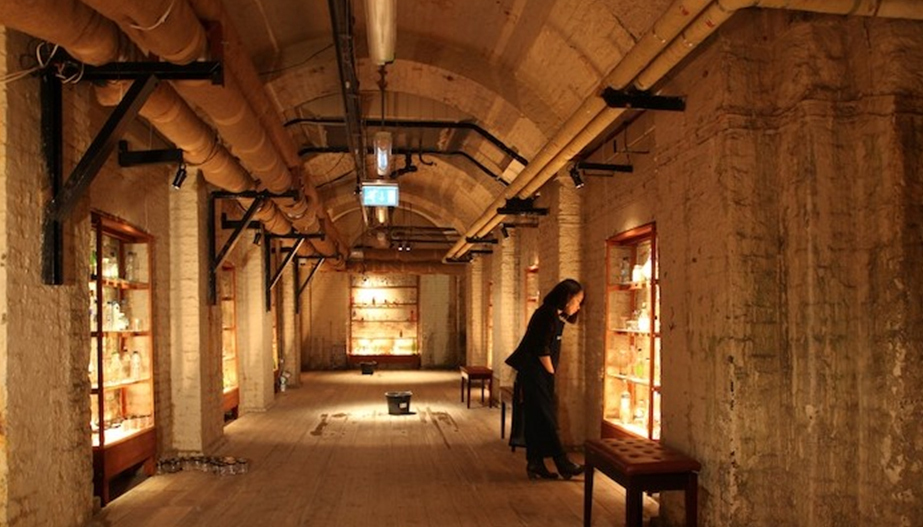