The city of Limon is subject to various interpretations: a natural paradise made up of green and blue landscapes; abundant wildlife; a leader of the Afro-Caribbean culture, with its lush food and music of calypso and reggae roots and; a symbol of coexistence and inter / multicultural. Also, since a less positive view, it is regarded as the place where dynamic networks linked to drug trafficking, which feed on the historical inefficiency of social programs of the welfare state. But as with anywhere in the world, Limon is the simultaneous coexistence of multiple realities; plot of countless individual stories, sub-group and stage of major national projects, often playing with the excitement and optimism of its people.

For the topic at hand, Limón and its port area (Limon-Moin) is one of the shipping centers with major container cargo of Latin America and the Caribbean, through which passes nearly 90% of exports and imports Costa Rica.

These ports are the most important element of a small complex of industries that articulate the local economy with the national and international levels.

In its periphery, is localized the Costa Rican Oil Refinery (RECOPE) and several cardboard paper mills, especially for the manufacture of packing boxes for export bananas. In addition, a significant amount of tax warehouses, transportation industry and related services that have shaped the urban morphology.

Limón ports are managed for over half a century by an autonomous institution called JAPDEVA, which is also responsible for the development of the Caribbean slope of Costa Rica.

For various reasons we will not discuss here, this institution has not inherited it some significant work to the city, and ports have infrastructure and equipment deficiencies that detract foreign trade competitiveness of Costa Rica.

These ports have fallen short to meet the demands of international maritime trade, and continue to operate with very basic facilities and low use of technology. This occurs as the country increasingly boosts their export and import activities through Free Trade Agreements with several countries: Chile (1999), Canada (2001), CARICOM and CAFTA-DR (2004), China and Singapore (2010), Peru and Mexico (2011) and the European Union (2012); among others. Many of these trade agreements have had the initiative of central government agencies such as the Ministries of Economy, Foreign Trade and other private entities (CINDE, chambers of exporters and importers), but none of them has done anything to improve conditions competitiveness of the ports.

In 2008, a study by the Dutch firm Royal Haskoning highlighted the need for significant contributions to the Caribbean port infrastructure improvements. The state considered that the best way to meet this demand was through the concession of public works, so that an international cartel was won in March 2011 by the Dutch company APM Terminals.

From the moment that the tender was awarded, until the time when the works started in February 2015, the city of Limon lived an intense social upheaval, shaken by the JAPDEVA Workers Union, which argued irregularities in the process concession, denouncing possible irreversible environmental impacts and announced the total collapse of the economy in the province.

Today, after six months of initiated the works of the Moin Container Terminal (TCM), the city of Limon breathes an air of optimism, there are new projections in local entrepreneurs, foreign investors appear, the housing market is activated, it is much talked about territorial planning and it has begun to draw an urban reconfiguration.

This infrastructure in one complete state will be an island of 80 hectares, with 1500 meters of quay, 5 berths, 2200 meters of breakwater, 18 meters access channel, 16 meters deep, equipped with 12 cranes Post-Panamax and connection for 6500 refrigerated containers.

The development of port infrastructure is a key factor in the competitiveness of Costa Rica, not only because it is necessary to address trade commitments of the country, but because it strengthens the maritime port sector, which is strategic for national development. The TCM, as has been conceptualized, means to Costa Rica a major port in the generation jump. However, for this port infrastructure and equipment have an impact on the country’s competitiveness, it is necessary to strengthen the regulatory and institutional framework relating to maritime and port.

An important part of this legislation is issued by the International Maritime Organization (IMO) of the United Nations whom primarily seeks to promote cooperation between States and the shipping industry to improve maritime safety and prevent marine pollution. 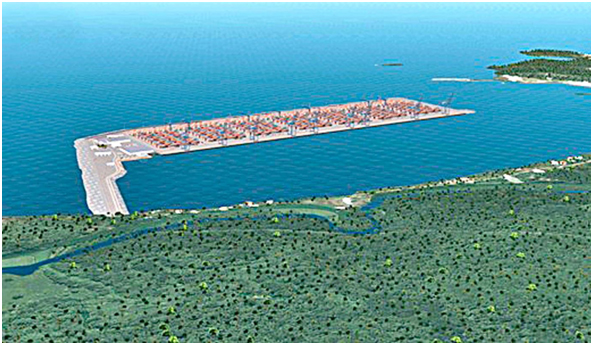 The main IMO Conventions are: SOLAS, STCW, MARPOL and MLC. They have specific areas of application and its provisions are binding on Member States. We will discuss only the first two, because they are now the ones most likely to be applied in Costa Rica. The SOLAS or SOLAS Convention (Safety of Life At the Sea) is the most important of all international treaties concerning the safety of ships. Its main objective is to specify standards of construction, equipment and operation of ships to ensure safety in general and of the persons on board.

Flag States which have adopted the SOLAS are responsible for ensuring that ships flying their flag meet their requirements, through appropriate examinations and issuing the certificates laid down in the Convention as proof of compliance. The control provisions also allow Contracting Governments to inspect ships of other Contracting States as well as the checking for grounds that the ship and its equipment substantially comply with the requirements of the Convention. This procedure is known under the name “Port State”.

Of the four agreements mentioned, this is the only that Costa Rica has ratified. It did so by Executive Mandate No. 36412 of January 28, 2011 published in the Official Gazette on March 9 of that year. However, until now there has not been regulated, and are only under the International Code for the Security of Ships and port infrastructure (ISPS) and the International Maritime Dangerous Goods Code (IMDG).

It is very likely that the administrations of ports, or the state itself, have not measured the consequences of an accident with the absence of SOLAS. There are real risks, such as liquefaction charges, which can attract huge economic costs to the cessation of operations.

The International Convention on Standards of Training, Certification and Watch-keeping for Seafarers (STCW) has an optimistic outlook in this year 2015. A few weeks ago entered into the legislative process, with the support of many MPs and everyone, especially those who work in universities, we expect ratification. This agreement aims to improve, strengthen and simplify the process of recognition of certificates issued by third countries. It also requires the issuance of Certificates for masters, officers or ratings to applicants who meet the necessary requirements for sea going service, age, medical fitness, training, qualification and examinations.

Even this agreement represents a prospect of reaching to solve some economic problems in port cities and coastal areas in general: unemployment, poverty and low human development index, because it would open technical and university courses which contribute to overcome these problems, more yet, to professionalize the maritime port sector, leading to a state of greater competitiveness. 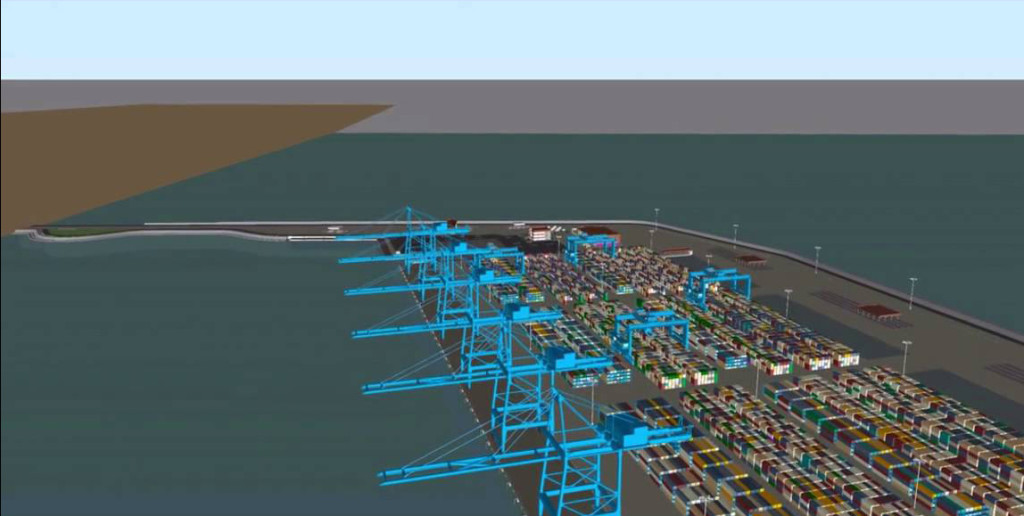 The future Terminal of Containers, Moín.

Talk a little about the rules governing the ports, from international conventions to national legislation and autonomous rules, only meets the objective noted that the port works require much more than concrete and machinery to function well. Linked institutions to the ports, directly or indirectly, are keepers for implementing such regulations.  A fair and proper implementation will influence the success of the ports.

The city of Limon, located in the heart of the Costa Rican Caribbean, recorded in recent history a series of natural and political events that, at times, left her hopeless; including a 7.6 magnitude earthquake in 1991, some major hurricanes like Caesar in 1996, Mitch in 1998 and unfulfilled political promises, as was the "Ciudad Puerto Limón" 2009-2014, a significant project featuring urban transformation and revitalization of its economy. However, like the phoenix, the hope of this port city arises from the unspoken promise offered by the construction of the new container terminal -TCM. The prospect of this article argues that the new container terminal - despite being the most important infrastructure work in the province, by themselves, do not guarantee the existence of social, environmental and economic benefits expected from it, but it depends largely on multisectoral and interagency efforts, and that will only become reality, with the strengthening of maritime port sector.